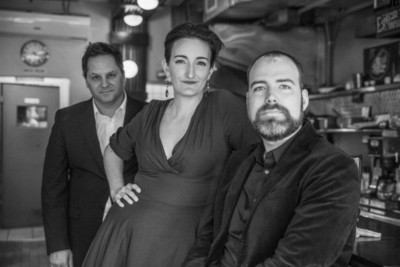 The Bright Lunch Trio is a Toronto-based jazz group made up of a singer from the Prairies (Whitney Ross-Barris), a guitarist from the Maritimes (Nathan Hiltz) and a bassist from the local burbs (JUNO award winning, Ross MacIntyre). Long ago, when singer, Whitney Ross-Barris flat-out lied to guitarist, Nathan Hiltz about being able to write songs, he quickly called her bluff, and six years later (fall ’17) they released their debut, self-titled album The Bright Lunch Trio, a collection of original songs, combining the proud traditions of jazz and the Great American Songbook.