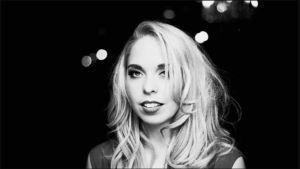 Stacey Kaniuk is a singer/songwriter from Aurora, whose love of old-school Motown & soul music has influenced her own original songs and style. Her most recent album, ‘Hot Air Balloon’ continues to receive airplay from Canadian radio stations. She plays live shows as a solo act and with her dynamic eight-piece band. Stacey has a weekly residency at The Reservoir Lounge – one of Toronto’s
premiere jazz clubs. Her new EP is slated for release later this year.