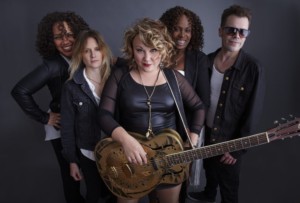 Samantha Martin is an artist of extraordinary power, gravitas and deep-seated emotion. On first listen, one is immediately struck by the awesome presence and sheer magnitude of her other worldly voice. Cigarette-ravaged and whiskey-soaked in the extreme, Martin’s pipes are capable of conveying an infinite range of emotions. Samantha Martin & Delta Sugar released the debut album, “Send the Nightingale” to glowing reviews by fans and critics alike. They were nominated for four Maple Blues Awards in 2016.