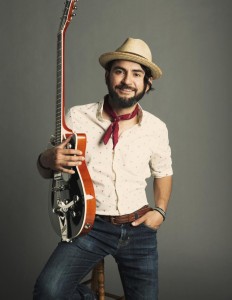 2015 JUNO Award Winner (World Music Album of the Year) and 2014 Canadian Folk Music Award Winner (World Solo Artist of the Year), Quique Escamilla, is a multi-instrumentalist, singer-songwriter and producer. Since his arrival in 2007 from Mexico, he has rapidly become a rising star on the Canadian music scene. Quique effortlessly connects with his audiences and shares a flavour of Mexican culture, heritage and traditions through his music and live contemporary performances. He breaks down language barriers through his powerful voice and passionate delivery.