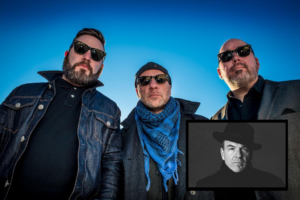 Since 2008, the name MonkeyJunk has been synonymous with the emergence of a new kind of blues on the Canadian and international scenes. The name MonkeyJunk comes from Son House, who once said ‘I’m talking about the blues, I ain’t talking ’bout no monkeyjunk.’ The trio features: Steve Marriner, Tony D and Matt Sobb. MonkeyJunk has won many Maple Blues Awards and a JUNO award for Blues Album of the Year in 2012. MonkeyJunk will be joined by 2017 JUNO Award winner, Paul Reddick, for a special performance.