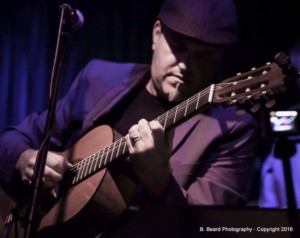 Louis Simão has been composing, performing and recording for twenty years. Last year he released his solo album, ‘A Luz’ (The Light) – a collection of compositions and arrangements. Simão takes the listener on a journey through the sounds of the Portuguese-speaking world as experienced by this first-generation Canadian son of Portuguese immigrants. His music traverses samba, folkloric music, funk, and string and woodwind arrangements. Simão won Song of the Year for “Três Anos” at the 2017 International Portuguese Music Awards.