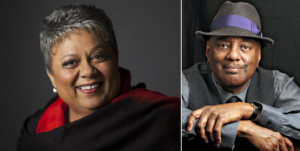 For more than five decades Joe Sealy has enjoyed a successful career as a musician, actor, composer, music director and recording artist. Tours have also played a significant part in Joe’s career. Some of the more notable ones include: six months on the road with Blood, Sweat and Tears; a 19 concert tour of Africville Suite (including an appearance at the Canadian Embassy in Washington, D.C.); a 20 city national tour of Timothy Findlay’s Piano Man’s Daughter (along with Veronica Tennant and Sylvia Tyson); and a 2 week tour of Norway and Denmark including a performance at the world famous Jazz House in Copenhagen.

All of this work and success has not gone unnoted. Joe is both proud of, and humbled by, the acclaim he has received. Major awards include: a Juno Award for CD, Africville Suite; the Dora Mavor Moore Award for music direction in the Toronto production of Ain’t Misbehavin; and a Gemini Award nomination for his musical score for the documentary film The Road Taken.

Currently, Joe and his business and music partner Paul Novotny are the owners of Triplet Records Inc. Joe has also hosted his own radio show on Jazz FM 91 in Toronto for the past 10 years. In 2010, Joe was invested in The Order Of Canada.