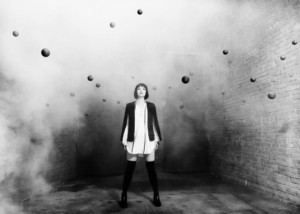 Elise LeGrow’s debut album, ‘Playing Chess’ showcases her stunning voice and has wildly inventive arrangements. LeGrow first became obsessed with singing at roughly the same age she began speaking. By the time she hit her teens, she was working her way through the American songbook at nightclubs in Toronto and touring with an indie rock band on the side. Elise’s voice combines fiery passion and sophisticated elegance, with a hint of a rasp lurking beneath the surface to add a sandpapery grit to her silky vocals.